The LK Group was approached by Denbighshire County Council after their review of previous Flood Consequences Assessments (FCA) for a number of planning applications within coastal regions in the country; a school site was to be developed for affordable housing. They had reviewed a FCA that we produced previously for a Retirement Living Accommodation project within the town and considered our assessment to be the most effective in overcoming potential objections form the National Resources Wales. The site was within defended flood zone C1 and potentially subject to tidal flooding within the lifetime of the development. 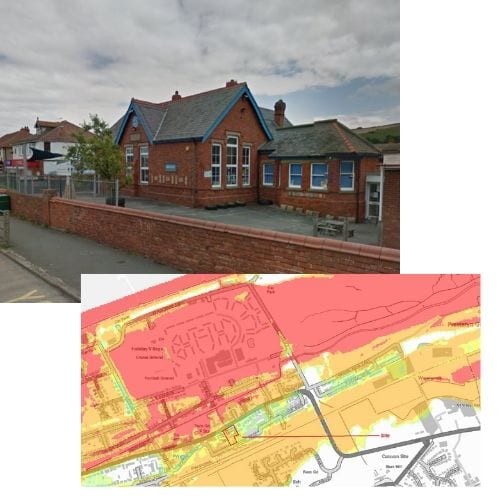 Our assessment considered the effect upon the proposed development of the most likely failure of sea defences caused by a breech in the dune system, rather that the artificial sea defences. The breach was modelled to show the depth of potential flooding at the site and the time for the site being affected.

The LK Group successfully assisted in gaining consent on a site where the NRW had previously raised objections.